Humans republic in League of Legends

The human City-State of Noxus is located in the central region of the far East Valorana. In many ways, it is the opposite of Demacia, there are ruled by all those who could get power in any way. In Noxus succeeds strong in body and spirit, and they don’t care what the price of this power. Even in view of the fact that behind every powerful Noxian Lord of the whole cemetery devotees and used companions, most of the townspeople hold common doctrine. In their eyes, complacency and compassion – signs of weakness. However, the city is not mired in chaos. Though Noxians and seem cruel, they are quite unable to maintain order in their territory. In the city, there was a very sensible legislation, but it has a drawback. Those in power always find a way to circumvent the rules, leaving unwanted laws weak. 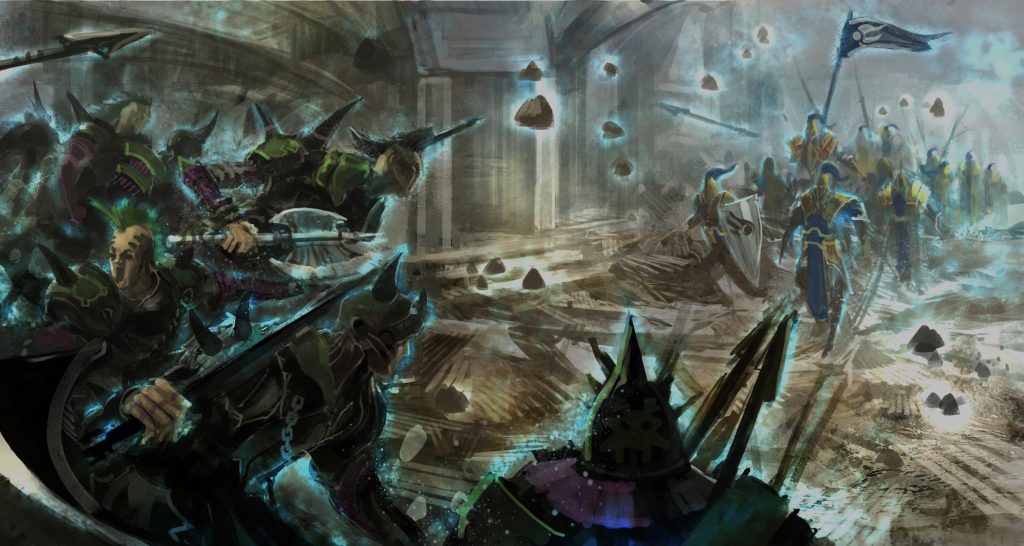 Politic organisation known as Noxian high command rule the Noxus. And aslo it control the army. In general, military control all aspects of political life of this city. There is no difference beetwen politics and War for a typical Noxian citizen. For a long time the head of Noxus was immortal Boram Darkwill. 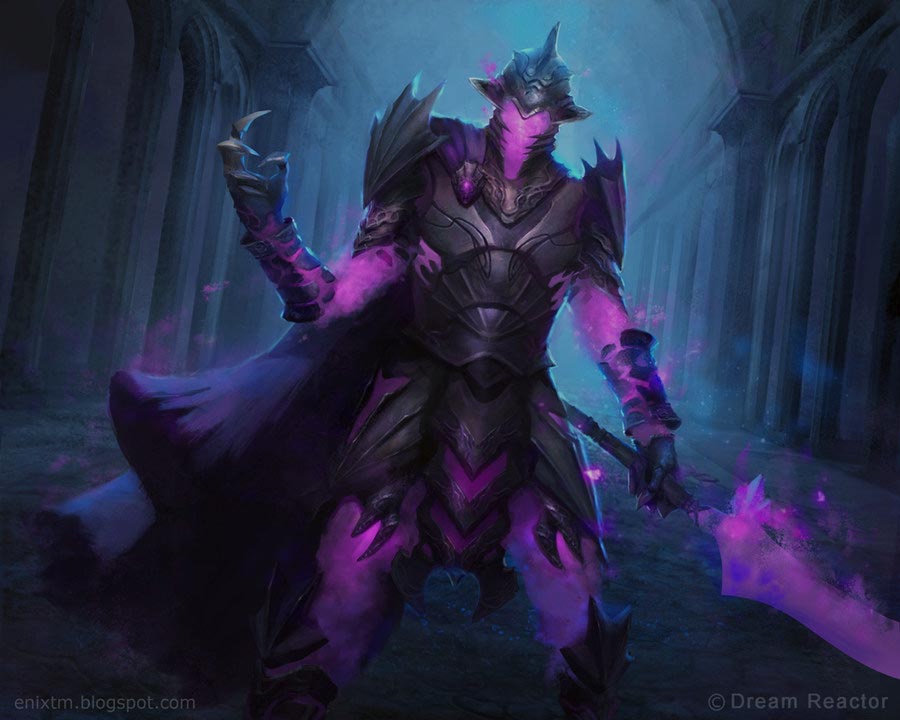 Evil tongues said that he use necromancy or pay for such service. Anyway, he started to rule the policy before the Lightshield dynasty, and it is his infinite thirst for power made the Noxus a nightmare of all the neighbors. Darkwill was killed in the conflict around Kalamandy, and the political situation in the city is still unclear. 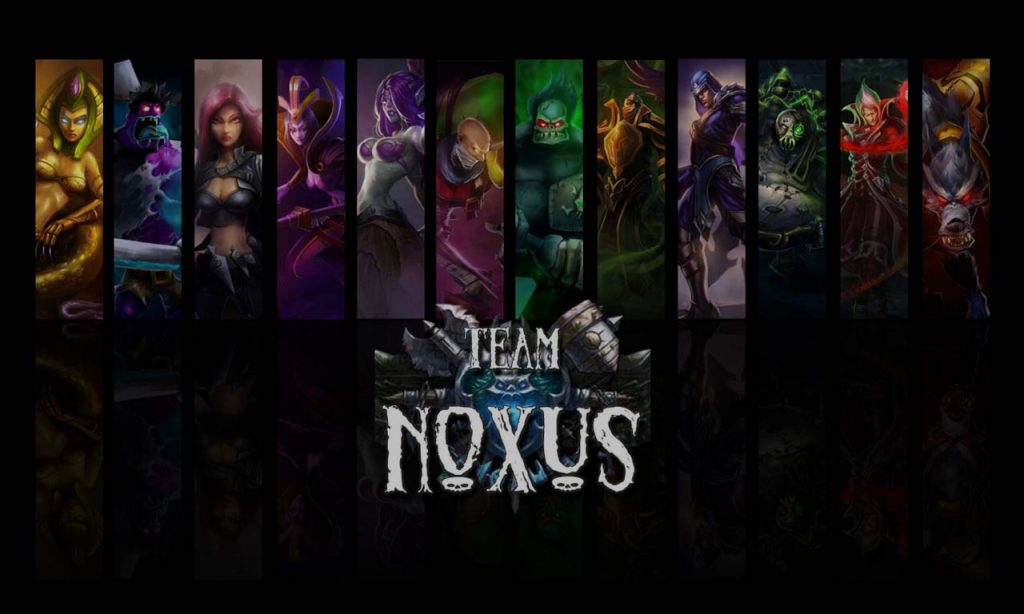 Almost all human settlements will gladly accept unhumans in their ranks, but not Noxus. Noxians stressed intolerant to other types of intelligent creatures. At best, they have a cool reception, although there are cases where the city has been taking creatures that have proven to be useful or dangerous. However, visiting people don’t feel at home either. So that Noxus starts to respect someone, he must either show that something is worth or show what horror he can bring in the hearts of his enemies.

Military service in Noxuse is compulsory for all. All citizens are obliged to serve six years, and then they are written to a deep old age. The supreme command reserves the right to appeal to any citizen regardless of age, if necessary. The service in the army has significantly increased its place in society, and many remain in the army for 10 years or more. They always have a case, even at the modern stage of the seeming peace.

Noxus and League of Legends

High Command had decided not to oppose the establishment of the League of legends and even somehow contributed to it case. And Noxus, and his enemies was clear: for the League stands almost the entire continent, and even Noxians would not be able to survive under its joint onslaught. We cannot say that they miscalculated.

Peace was concluded with Demacia, allowing policy shift resources to other fronts. Unfortunately, since the conclusion of peace noxians not succeeded in their conquests. However, the policy was able to use his considerable magical power in the fight against Demacia in the fields of Justice. Perhaps in this plane the State will achieve greater success than during past wars. In any case, would require much less resources and people. No matter how profitable was the peace for Demacia, Noxus has won significantly more. 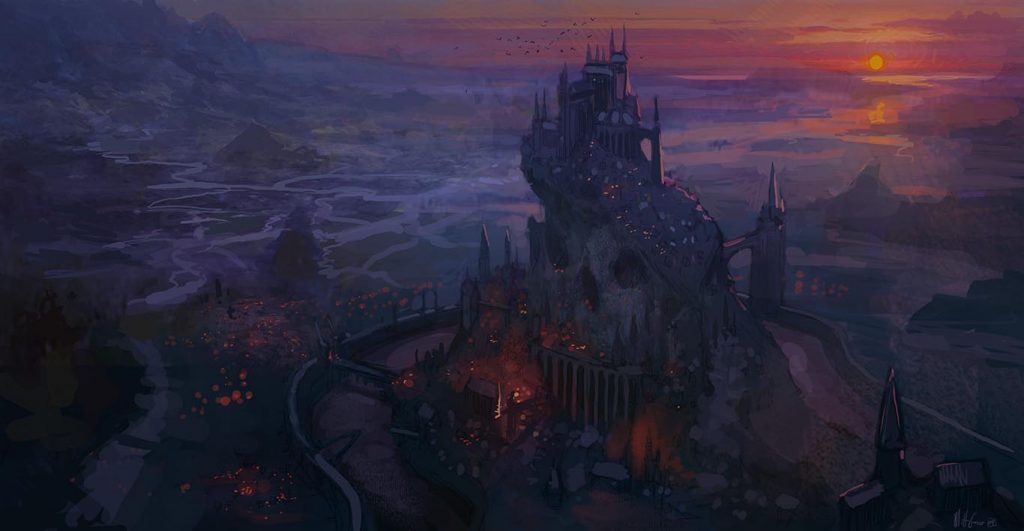 Noxus – is a grim and evil city, as its population. The town is built on a granite Hill, and much of it is underground. Life boils around and inside the mountain.

The dungeons of Noxus are almost as large as its above-ground part. There are many shops, taverns, and residential neighborhoods, although life is much more dangerous. The catacombs of Noxus are recognized as the largest in the continent. In their depths, many mazes and secret rooms belonging to Richers and their secrets.

Check my other posts about LoL universe:

One response on “LoL: Noxus empire”