As we suppose before, another hero that blizzard will add into the Nexus will be Genji – assassin from the Overwatch’s universe.

Another Assassin in HotS – Genji 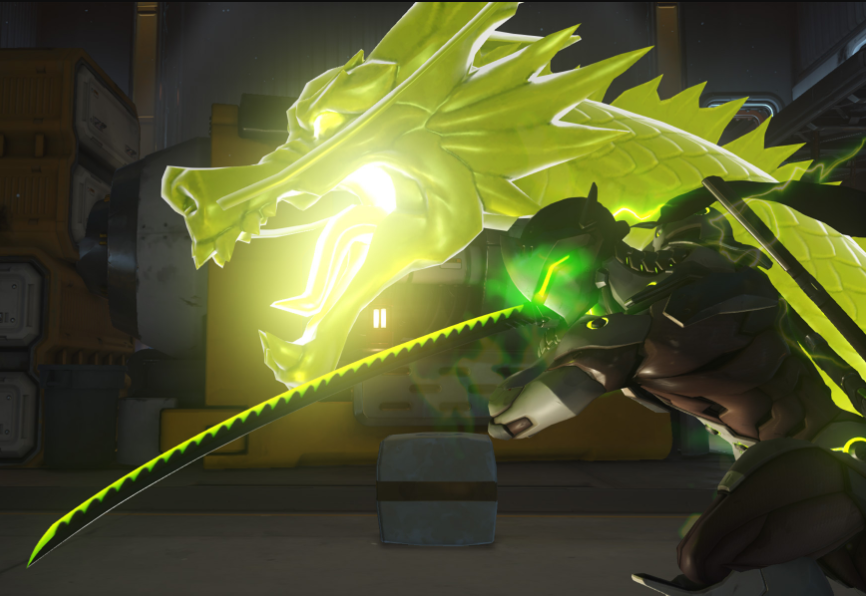 Genji is the youngest son of the head of the Shimada clan, that nearly be killed by his brother, but was saved with the help of the Mercy from Overwatch. She recreated his body and young Omnic Zenyatta put together all his shattered pieces of mind, and teach him ways of peace. And now Genji is following his new path, fighting for the right things.

Cyber agility – after using, Genji will dash in the place you pointed.

Shurikens (Q) – Genji throws 3 shurikens, each of them deals 65 points of damage to the first target they hit. Maximum charges – 3 (three). After recharging of ability, all charges are restored to the maximum.

Deflect (W) – Genji receives an immunity to all incoming damage for 1.25 sec. Each time when Genji deflected an attack, he throws a kunai at the nearest enemy, that deal 55 damage.

Swift strike (E) – Rush forward, dealing 215 damage to all enemies in the line. If an enemy that was hit by Swift strike dies in 2 seconds, this ability will recharge immediately, and mana that was consumed to cast it will return.

Dragon blade (R) – Genji drew up his dragon blade for 8 seconds, while this effect is active you can use this ability again, and then Genji will rush forward, and deal a wide strike that deals 240 damage points. If an enemy that was hit with Dragon blade dies in 2 seconds, then the Swift Strike will be available immediately.

Genji has the same outfits as in the Overwatch, but they have various color schemes. Only 1 outfit is unique, and he looks kinda like Pharah. 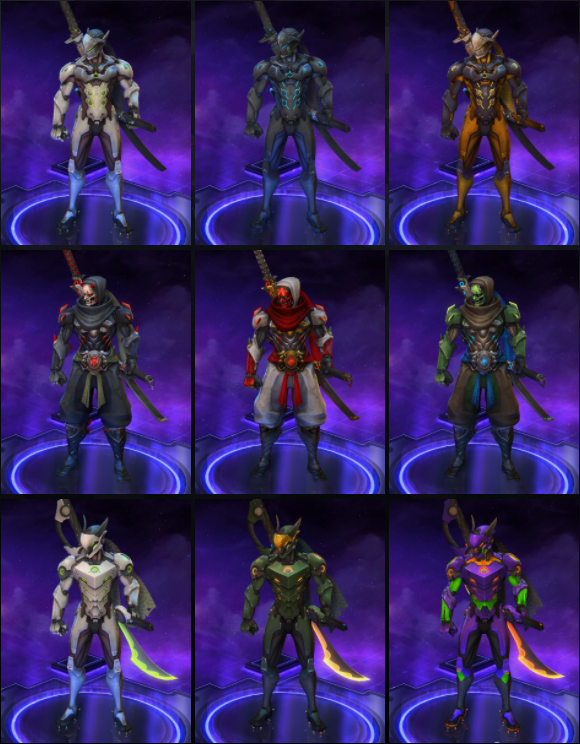 Other interesting articles you can find here: