Set of Kerrigan’s abilities based on the use of mass control combinations for the killings. This combination makes a serious damage. Along with the Kerrigans ability, Absorption, proper execution of the combination has the advantage: you will get the maximum shield for all our abilities. And to get the most out of hero in a league or quick game, you should be able to make combos for Kerrigan.

Kerrigan – Mother of the Hive 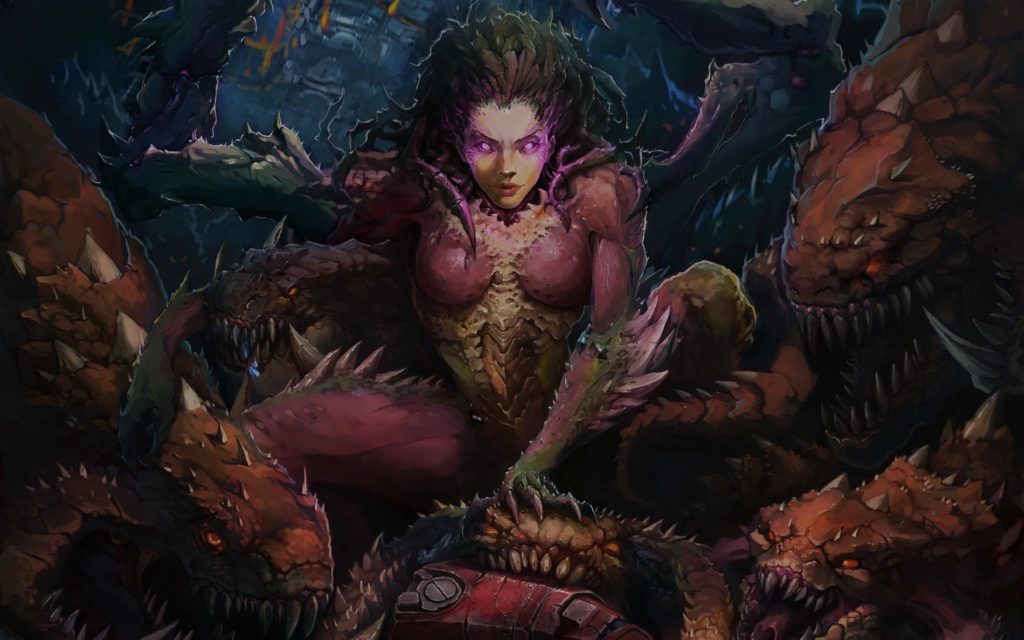 Piercing blades [W] and the initial grip [E] – the two abilities, forming the basis of its combination. The basic idea – to put it in front Piercing blades and pull enemies to stun with the Initial grip. Order is important: you need to use a W before you press E. If all works, you neutralize the enemy for 1.5 seconds (0.5 pulling and 1 second stun.).

This combo is not too complicated, you will understand that, when you learn how to perform it. The main problem is the players with lack of logic of their actions. Most of the players on the Kerriga use her Initial grip to pull the enemy, and only then try to predict its trajectory in the hope that the Piercing blades will stun him. And although it sometimes works, it is not as easy and reliable as the usual order combos.

Another common mistake is that how people place these abilities. It is better to concentrate on placing the Piercing blades. Grasp always work in the direction of the cursor to the hero, and the blades need to be taken into account more accurately in the situation. This means that during the rapid use of the grip, the aim should be guaranteed to get caught in the Piercing blades. 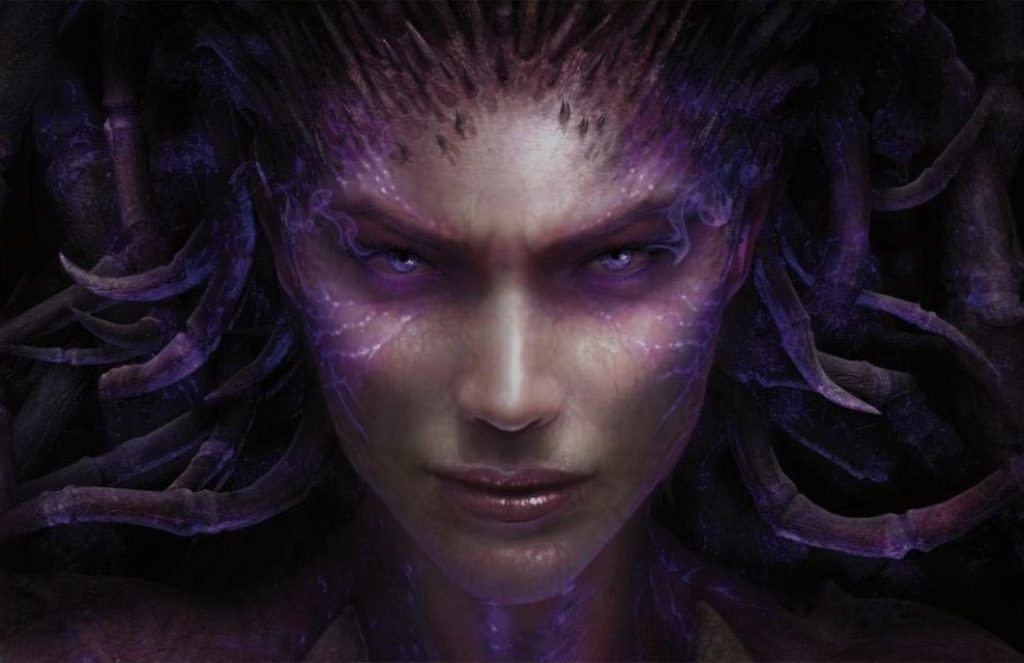 The best way to get used to the capabilities of Kerrigan – to practice in trial mode. Switch to mode of rapid cooldown of abilities. The first task – it is used to delay before tripping W and E. I recommend practicing on the waves of minions, among which is the bot Arthas. This way you can see how far operates initial grip, depending on how far the enemy is from Kerrigan.

Do not bother that you train too much in trial mode. Once you get used to abilities, the next task, which we have to deal – is the choice of the place where you want to place the Piercing blades. Bots can not dodge our combo as a real player, so, after you get used to the timing, you will need to play some real games to try out the combination.

The advantage of the view.

There is nothing more frustrating for the opponent team than Kerrigan, attacking from the bushes. This is one of those situations that could decide the outcome of the game. Hide in the bushes during the phase of standing on the line and wait until the enemy will not dare to push the line. When the victim is on the middle of the line – it’s time to attack.

You can also entice the enemy to the observation deck. Those are on Blackheart Bay and the Temple of Heaven, and perfect for the execution of the plan. At the beginning of the game characters of both teams run to the observation deck at the risk of their own lives. As Kerrigan, you have to lurk in the bushes near the lookout, waiting for opponents trying to capture the area. As soon as they will be on the point, you quickly get to the the battle, and do your combo. This relatively safe maneuver will provide you with an early experience, review and lines control.

You should always reliably perform a combination of Kerrigan, if you want to play in the League heroes.

It is not hard on your part you need only a little training. If you have long wanted to try Kerrigan, now is the time. She is extremely powerful in competent hands, and performing well on any map. 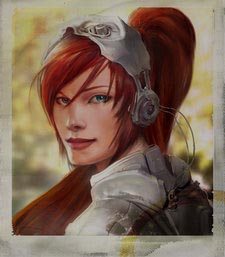 Finally I will say that you will not need to use abilities always together. Sometimes you just need to extend the control with Piercing blades or crush the enemy the Initial grip. When you have the opportunity – use it. Do not waste mana on full combo, if this is not necessary.

Do not forget to come back to my guide Kerrigan. I painted a lot of details, how to get the maximum benefit from this combination.

Other guides and just interesting articles: